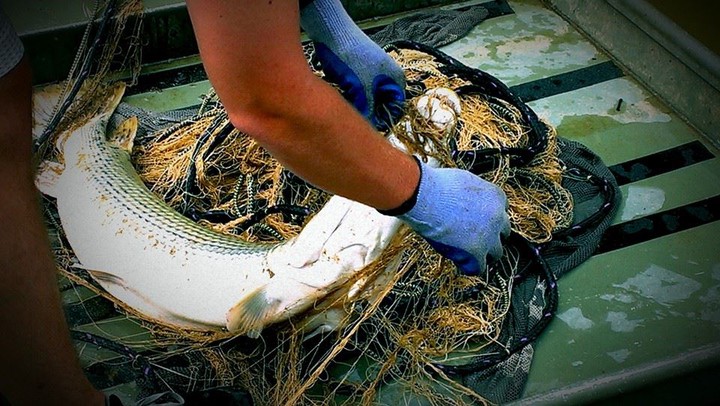 Monofilament gill nets have increased in popularity in recent decades and are often considered to be superior to multifilament gill nets; however, this claim is still contested by many researchers. Target species, habitat characteristics, and mesh characteristics can all affect the efficacy and selectivity of these nets. Increased angling interest and declining home ranges have led to increased management efforts for gars (Lepisosteidae) among state and federal agencies. However, the sampling of gar species is notoriously difficult and has hindered subsequent management actions in some cases. This study aimed to compare probability and incidence rate of gar capture between net constructions (multi- vs. monofilament), net length (75 vs. 46 m length), sampling habitat (run vs. bend), and deployment orientation (parallel vs. perpendicular vs. diagonal in relation to river channel). We also assessed mode of capture to investigate the effects of small mesh sizes (50.8 mm) on capture and potential retention of gars captured in gill nets. Results showed that the use of multifilament gill nets were three times more likely to capture at least one gar (1.3–6.3, 95% CI) than monofilament nets. Multifilament gill nets also averaged approximately twice as many gars per net than monofilament gill nets. Increasing water temperature also significantly increased the probability of gar capture, particularly above 15 C. In addition to mesh type and water temperature, habitat and gill net orientation also had significant effects on the incidence rate of gar capture. We primarily captured gars captured in the gill nets by entanglement (63%), which may have allowed for the wide range of length frequencies sampled in this study. Our study highlights the importance of considering multiple gill net constructions, deployments, and habitats when designing a research project or management plan for gar species. The use of multifilament gill nets can help resource managers to sample gar populations more effectively, resulting in better management strategies and practices. 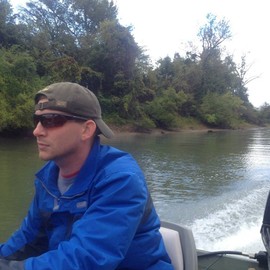